I am a middle school student.And our teacher asks us to read some magazines or newspapers after school.I read "Beijing Youth Daily" （北京青年报）every day.My parents also like this newspaper very much.Sometimes,we talk about the news in the newspaper.There is much news about different thiongs in this newspaper. And I can get a lot of knowledge from it.I think it is very helpful for my study.。

I want to introduce the book is Hemingway's the old man and the sea, I think this book is very worth a look, especially in the ownership of the "tough guy" spirit is worth us to learn.The old man and the sea is the background of the story leaves of Cuba in the 20th century. Protagonist is an old fisherman San Diego in a supporting role is a named manolin's child. The old man and the sea is written by an old fisherman fishing in the sea for three days and three nights. Old man in the face of many difficulties, life, other fishermen laugh at, only a small boy to send him food. The old man decided to go to fisherman who has never been to the deep sea fishing, to prove your ability and courage. At sea, the old man caught a salmon, but the fish is too big, the old man made countless efforts finally put the fish in the boat, because of that, that caused the tragedy, the fish's blood attracted many shark, the old man was determined, "fight with them, I'll talk to them all to death" finally, went back to the shore, the old man in the boat only strapped to her bones."People are not born for defeat, a man can be destroyed, but can't defeat". Lonely old fisherman San Diego resolute character, superb fishing technique, etc. The outline of his article is not only a tough guy, also saw a variety of different from him, let the person ponder: self-confident, brave, optimistic, simple, lonely, and wise. Old fisherman of this spirit is worth us to learn, to mining. The children from the age of five with the old fishing boat learning, the child's personality traits from another side, reflect the old man's character, showed that kind of not afraid of hard, have the courage to overcome difficulties of character; Child is small, only a few years old, but it doesn't show very childish; Learned from the old man is not only the skill of fishing, and self-esteem self-improvement of the spirit, and learn to understand the hardships of life with the man's responsibility. Tender shoulder has already accustomed to the morning go out fishing life of hone, even "walk still dozing", still said "this consider as what, a man have to like this." Fist-pumping, be born words fully demonstrates the sound always tough spirit. This spirit is worth us to learn, also let I was moved very much.To what struck me most is the spirit, the old fisherman manolin kid the sort of understand, in life, in learning, or in the later work, when we encounter unprecedented hardships and setbacks, we should consider the alone on the sea and unable to fight the "tough guy" old fisherman, the children of that kind of sensible and self-esteem self-improvement, like him after the life of hone. In this way, we will find that in fact there are a lot of difficulties and not imagined so invincible. If we are to study the spirit, and has the "tough guy" spirit, inspire our biggest potential, can overcome we think it is impossible to overcome the difficulties.Unless noted, this site articles are original, reproduced please indicate: articles from across the university （ 我想介绍的书是海明威的《老人与海》，我觉得这本书很值的一看，尤其是文中主人翁的那种“硬汉”的精神 值得我们去学习。

This book is an excellent book! It is about life of a poor child who lives in China. The story is about how he live and survive in such vile environment and with bad conditions. I'm so touched by the story. The author uses many beautiful words in this book and his style of writing is very exquisite. This makes the story a lot more interesting and touching. Moreover, the contents and plot of the book are wonderful. This book is a worth-to-read book, hope you all will like it.。

This book is an excellent book! It is about life of a poor child who lives in China. The story is about how he live and survive in such vile environment and with bad conditions. I'm so touched by the story. The author uses many beautiful words in this book and his style of writing is very exquisite. This makes the story a lot more interesting and touching. Moreover, the contents and plot of the book are wonderful. This book is a worth-to-read book, hope you all will like it.。

Reading the old man and the sea About the author Ernest Hemingway, one of the greatest American writers in 20th century, is the representative of “lost generation” writer. He was born on July 21, 1899, in Oak Park, Illinois. worked as a reporter after graduating from high school in 1917.,amd served as an ambulance driver in the Italian infantry and was wounded just before his 19th birthday. Hospitalized, Hemingway fell in love with an older nurse. In 1954, Hemingway was awarded the Nobel Prize for Literature. In his life, Hemingway married four times and wrote numerous essays, short stories and novels. The effects of Hemingway's lifelong depressions, illnesses and accidents caught up with him. In July 1961, he committed suicide in Ketchum, Idaho. About the book The old man and the sea is one of Hemingway's most enduring works. Told in language of great simplicity and power , it is the story of an old Cuban fisherman ,down on his luck ,and his supreme ordeal ---a relentless , agonizing battle with a giant marlin far out in the Gulf Stream . Here Hemingway recasts , in strikingly contemporary style, the classic theme of courage in the face of defeat , of personal triumph won from loss . Written in 1952 ,this hugely successfully novella confirmed his power and presence in the literary world and played a huge part in his winning the 1954 Nobel Prize for Literature . About the old man Santiago is described as a failure by other fishermen in the village for catching no fish for a long time . However, he should be regarded as a hero all his life , when he had played the hand game with the great Negro from Cienfuegos who was the strongest man on the docks ;when he fight with that large marlin ; when he struggle with the sharks . You can find his optimism, confidence, wisdom, perseverance and bravery anywhere . I admire him not only because these but also his regarding these as the things he had to do , the rules he had to obey . Such a man is really a man , a marvelous man . All the characters of him is worth being learned not only in Hemingway's times ,but for ever ; not only for a certain kind of man , but for all of us .Let's always remember his word “But man is not made for defeat,” he said. “A man can be destroyed but not defeated.”。

My favorite book is Harry potter .I think it is a nice and a funny book.It is good for us teenagers.

I like read it because it is full of science fiction,it is easy to understand and it is the most funny book i have read.I have learned a lot from it.I know that as a teenager,we should be confidence and brave.So as Harry.And we should love and protect our friends.We all need friends.We all need get along well with our friends.If i have the chance to learn some magic,i'd love to be a teenager like Harry potter.Flying and do some magic tricks,that's my interest and that's the most important reason why i love read Harry potter so much.

First, I enjoy this kind of stories about the magic and mysterious world with wizards, warriors, and heroes。 And the battle between the good and evil always seems historic and sometimes I even hope that I could join the battle as an excellent wizard serving for my people and the honor of the Holy light。

Besides it's the story about bravery, persistence, loyalty, love and sacrifice for the world, all the good qualities that define us as civilized human。 Besides the story is full of imagination and has description of diverse landscape and glorious castles。

As an architect, I'm also interested in this aspect。 In short, that's why it has affected me most。

A lot of people ask me which book is my most favorite one, and I always proudly answer them <<The Five Thousand Years History>>, which is all history about China.

This will be a long story for me to read this book. First time I touched this book is when I was 5 years old. My mother bought it to me as my 5-years-old gift. This is a really wonderful present to me,which is opening a history gate to me , a totally innocent boy. I almost forgot the dinner after I read the first page. From then on, I was the historist in my class and showed my knowledge from that book to my classmeates. When I became older and older, I knew more about it and feel more confident about my own China. I am proud that I am a Chinese and I will make more effort to build a more powerful country and let Chinese history more brilliant.

As me, this is the most important book in my life and now I still read it and recite some part of it. I think everyone should read it and get this wonderful experenice. 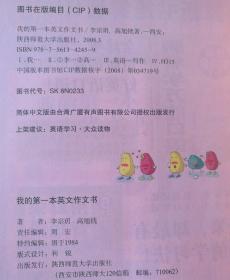 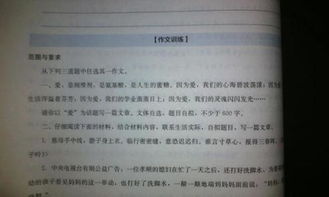 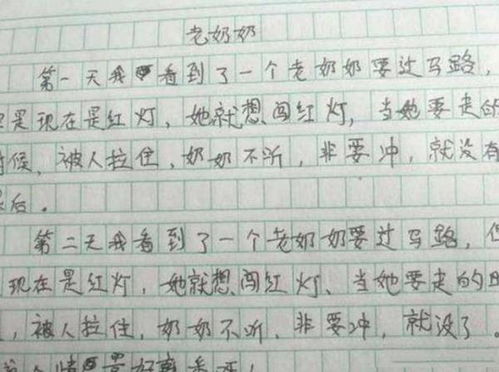 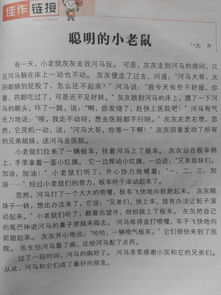 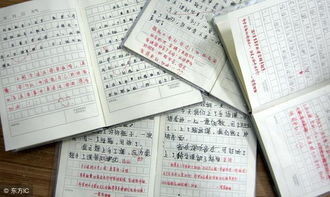 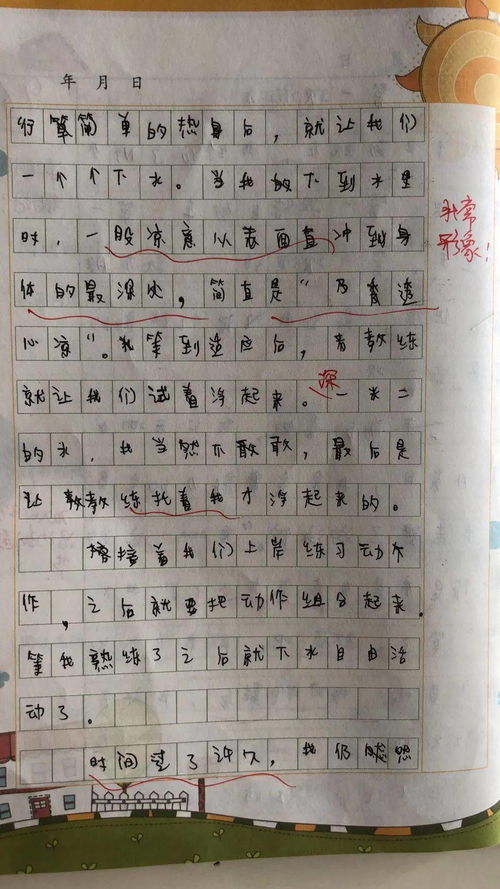 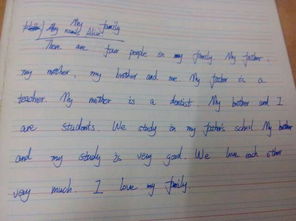 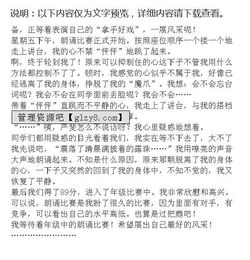 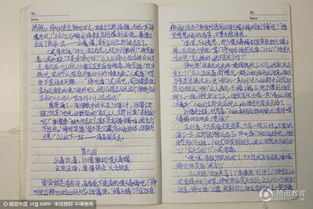